The last 12 weeks have been so intense and very often I have been caught up in something close to the rat race. I say close to because I have made a choice to keep off the rat race. So we have been deeply embedded in several projects at once. This has indeed been a learning curve and has galvanised the team in ways that may never have happened. It has also taught me many things as the team leader. I have learnt to listen to the team, play fair and make fair choices, listen to all sides of the discussion and keep everyone on track and in step regardless of how we feel. We have been in situations where it took boot strap thinking to get through the day. 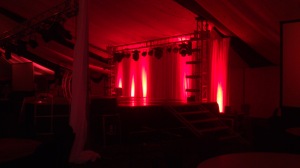 On Thursday October 25th 2013, something changed!!! We were hosting a conference and gala at the Safari Park Hotel in Nairobi and it had been a very intense run up to this day. We went to bed late and were up early to keep things going well. I got up with an adrenaline rush and was well on the way to having a pressure filled day as I rushed off to breakfast. I  had an early appointment in town and was on site by 7.00am. I dashed to grab a bite before the start of the day. As usual I had a notebook and paper and was developing the list of things to do for the day. I often start the day that way so that I don’t miss anything. There were so many things to be done I begun to feel like we would not be able to do all the things we needed to do.

Suddenly I wondered, “Why am I choosing to be stressed and pressured?” My first answer was, “Because there is so much to do!!” When I said that I could hear myself ask, “REALLY???” Well, was the stress I was under by choice or a function of my work??? Now that probably sounds strange but it is a real question. In that moment, I suddenly realised that I had been running and running and running yet life around had so much more to offer that I wasn’t seeing it. I realised that no matter how much I worked that day or the next or the next, life will never stop and I won’t finish it all. Don’t get me wrong, I had work to do and projects to finalise and I would indeed do it successfully, but there had to be a better way. The frenzied running I had been doing was not prudent or efficient and I needed to find a way to stop and do it all. YES!!!! Stop and do it all.

That morning, with the pressure of a 700pax gala in less than 12 hours, I decided to have a leisurely breakfast. I put my phone on silent and placed it face down on the table. I sat there for about an hour (I have never eaten for so long), I chose to eat things I haven’t had in a long time and I enjoyed my meal. As I sat there chewing my food slower than usual, I became aware of other sounds and sights in the room. I noticed the different ethnicities of other hotel guests. I noticed sounds that had been previously unheard like cutlery and crockery, the hum of the fridge, the conversations of the wait staff. It was as though my food tasted better.