This morning as I meditated on life it became very clear that we are all here for a finite period and then we ascend to our Father.

As I reflect, God reminded me of a young lady I met over Easter as we ministered in a local girl’s high school. She readily smiled warmly when we walked past each other even though we hadn’t really spoken before that but there was a depth and calmness around her. When the team went on stage it was clear that she loved God and was there to honour Him above all else. Our paths crossed again late May at yet another girl’s high school but this time she was picking up equipment to go and setup elsewhere.

She was calm and warm keenly focused on getting to the next venue to be ready to spend time with others in the presence of God. She was not bothered about the inconvenience it was to come for the equipment, and it could have been viewed as such because it provided a chance to shift something for God.

By all appearances, she was in perfect health and full of energy but less than three weeks later she was resting in her Heavenly Father’s arm. At the onset I was like this is insane! Then God began to open my understanding as people in the team began to share about her. She was a pillar, reliable, accountable, faithful, committed and loved by many. She was in the prime of her life, ready to conquer the world, stepping out boldly into the market but in a blink, she was gone.

Then my Father reminded me that despite all the things those around felt, in His scheme, she had run her race and finished the assignment and we who were still here needed to do the same. It was imperative that I looked at life through His eyes and not through the lens of my understanding. He had taken her when she was young but her purpose was done so in His eyes she was old enough. There was so much more she could have done for Him, yet it was also ok that she now rested with Him.

The biggest one for me was her health and beauty. We talk about looking good, being attractive, eating well but for what reason since our bodies are finite and will definitely end up in the soil and rot. No apologies for being morbid.

So I ask myself, ‘Why the focus on health and fitness?’

What difference does it make if we will all end up in the same place…six feet under? Why bother to try and live well and a bit longer? Why you ask too?

There aren’t simple answers but I will share the ones He has revealed to me as energy to keep going no matter. We are all born of dust and to dust we must return but the biggest reality is that there is a definite path for us to follow and tasks for us to finish to the glory of God the Father. 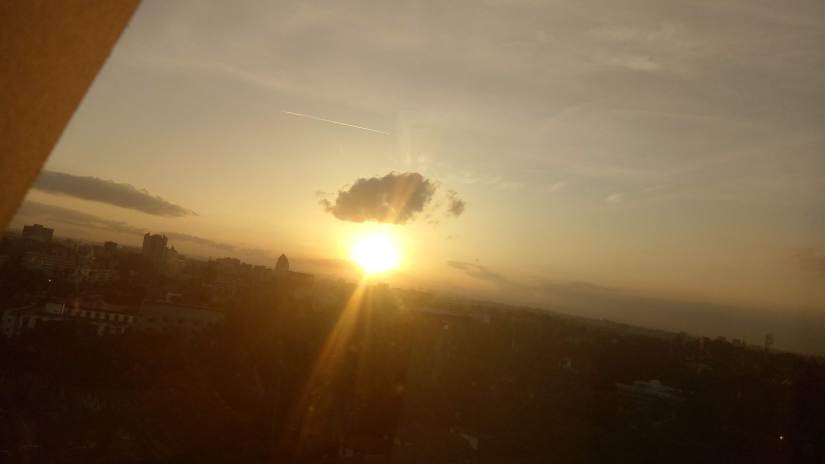