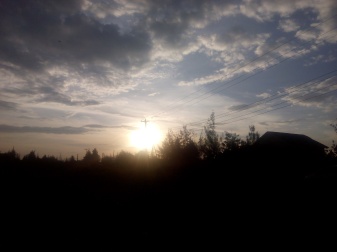 Do all to pass the test of the things you’ve learnt and do all to rise above your desires, for in doing these two, you rise into conformity to Christ.

I came across this post recently and it resonated very deeply. A few days later, I was chatting with a group young people on the subject. Talk about advance provision of notes. This God!

In our discussions, it became apparent that we all have things we struggle with in our hearts and minds, that others neither see nor know about. This is because the real us, is hidden behind whatever ‘masks’ we wear. Those hidden places are the spots God is dealing with in us and we know what we should be working towards; what God has told us about who we are and where we are going.

However the conversations with the young people brought to light how being less than we know we should be really affects us. Many of them were feeling low because they were totally stuck in struggles they needed ways out of and they wanted to be much further along in their life journey. This situation left them feeling like failures because they hadn’t conquered everything in life.

Why would they feel like they have failed yet they were making progress? Why would this load be so heavy? In their opinion, all the older believers they knew weren’t struggling with anything. There was an outer presentation of ‘perfection’ and ‘having arrived’ that the older believers had which put pressure on the younger ones to achieve. The net result was they were hiding their struggles to look good yet they were distressed within.

A certain conversation with my father came to mind and the lessons I had recently learnt from him.

Not one to keep facades, I set out to burst that bubble with a series of questions.

I didn’t have real answers to these questions but they created points of comparison to their own behaviour and that of others around them. You should have seen their eyes when they realised that we all struggle with different things. We could almost touch the relief and a load was lifted from their backs.

It also led me to track people in scripture who sinned but God extended grace. Think of David, who seemed like a perpetual sinner but God had mercy on him every time because his heart was in the right place. However, at the end of the day, David committed to walk with God always and he was called a friend of God. Ananias and Sapphire lied but twice they were given the opportunity to redeem themselves by telling the truth but they were more concerned about looking good so they lied and as a result died.

I have found courage in my brother’s words, “whatever you are tempted by is what you are growing out of.”

This means that the place God is focusing on to help me grown in and become all He sees me as is the place testing starts. Testing is the stepping stone to my next reality and revelation. It is the area He needs dealt with out of the way so that I may walk in the fullness of how He sees me.

He will not let me remain lost forever rather He will press and prod until I become all He sees me as. He will not give up on me the same way He didn’t allow Hosea to give up on Gomer. However, His eternal desire for me to reach fullness doesn’t give me the license to live in wanton sinfulness otherwise He will hand me over to my fleshly desires and raise another to be and do all that is established for me.

No temptation has overtaken you except such as is common to man; but God is faithful, who will not allow you to be tempted beyond what you are able, but with the temptation will also make the way of escape, that you may be able to bear it. 1 Cor 10:13 NKJV

A life poured out: A daughter from the pool of the blessed working diligently to live according to her Father's plan. Mother, wife, sister, friend, daughter, mentor, example... leaving a lasting legacy of love, kindness and warmth. View all posts by kyesubire